Home
How To
20 People Who Totally Looks Like Cartoon Characters in Real Life
Products recommended in the post contain affiliate links. We may receive a commission when you buy something through our posts.

Some people born with beautiful appearance and personalities, it’s because of how nature created us. We humans are so real, it’s not a fiction type. Believe me not if I say some people look just like cartoon characters?

You might not believe what you hear until you see them in real life. Here are several photos of human beings who look just like cartoon characters.

20 People Who Totally Looks Like Cartoon Characters in Real Life

4. This grandpa looks just like a cartoon character in “UP”

5. Not only grandpa look like cartoon character, so does the grandma!

6. Peter Griffin in real life, his chin tho~

8. Mr. Burns in real life, he looks better in cartoon character tho

11. They both look nearly the same

13. Dunno who copies from who, but Linda Hunt and Edna in “Incredible” looks the same

14. Ohhh my gosh! This guy looks just like Scar

16. This lady looks like Linda Belcher in “Bob’s Burger” 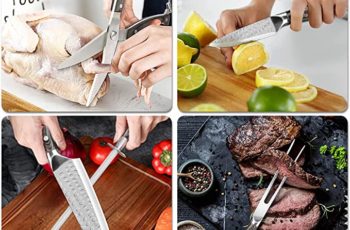