Home
TOP 10 BEST REVIEW
Top 10 Best National Football Team in 2022 to Win World Cup
Products recommended in the post contain affiliate links. We may receive a commission when you buy something through our posts.

Brace yourself! The FIFA World Cup is less than 18 months away! Brazil is the host to the world’s biggest soccer extravaganza which kicks off in June 2014. Pundits have predicted that the winners to this tournament are most likely to emerge from Europe or Southern America seeing that no African or Asian teams have won football’s most coveted trophy.

The soccer powerhouse that is Spain has dominated world football in recent years and it remains to be seen whether they will retain the trophy this time around.

Let’s have a comprehensive look at the top 10 teams most likely to win the World Cup 2014:

With new talent and young stars who play over Europe and their own country, Chile is one of the best football teams right now. Their playing style is similar to Brazil which means they are good at short and fastball. Alexis Sanches, a skillful striker from Barcelona will help chile to win more games in this world cup.

While the odds for lifting the world cup might not be very strong for Belgium, the assorted talent of Vincent Kompany, Marouane Fellaini, Romelu Lukaku and Eden Hazard firmly places Belgium in contention for the World Cup. Although they are not usually strong, the team is full of talented players plying their soccer at the highest and competitive levels. Belgium are making a comeback since 2002 and any team going to the World Cup with a mindset that Belgium is a pushover, then they might be in for a rude shock.

Portugal ranks seventh in the latest FIFA world rankings and with the incredible talents of Christiano Ronaldo, Nani and Moutinho it’s easy to see why. Portugal has never delivered on the World Cup notwithstanding the immense talent. Portugal has all the talent needed to beat virtually any team in the world but history has it that they rarely deliver when needed to on such a big stage. However, this doesn’t mean that any team should underestimate them since they might just pull a surprise.

Italy is known to be a defensively strong team but that doesn’t mean that they should be looked down upon. Italy might not be the most interesting team to watch but their defensive capabilities saw them win the 2006 World Cup in Germany. The Italians have an amazing record and have reached the last 16 in six of the nine tournaments. Watch out for players like Andrea Pirlo, Stephan Al Shaarawy, Alberto Gilardino, Daniele De Rossi, and the enigmatic Mario Ballotelli. Italy is touted to easily qualify for the quarter-finals.

England is famed for churning out world-class players but they are yet to enjoy the same success on the world stage. England is composed of the aging squad of players like Ashley Cole, Michael Carrick, Steven Gerrard, and Frank Lampard but is also full of young talented players who are set to take the football world by storm. Although the local media has been blamed in the past for having unrealistic expectations from their team, England will be difficult to beat and can reach the quarters as well.

It will be 28 years since Argentina won the World Cup trophy when the tournament kicks off in June. While the 1986 team was inspired by Diego Maradona, this squad finds its inspiration from the triple Ballon D’or winner Barcelona striker Lionel Messi. If Argentina is to win the 2014 World Cup, then players like Sergio Aguero, Angel di Maria, and Ezequiel Lavezzi have to make the same contribution as Messi in terms of making efforts to score goals. Argentina’s success or failure at the World Cup strongly depends on the player’s belief that they can lift the trophy.

Soccer enthusiasts have touted France to do considerably well in the 2014 World Cup. While this might not be the squad that lifted the trophy led by the charismatic Zinedine Zidane, the team is not short of talent. With the lethal attacking combination of Paul Pogba and Franc Ribery, France is set to measure up to other soccer powerhouses when the tournament kicks off in June next year.

The dismal performance of the Netherlands at the 2012 Euro Cup led to the hiring of Louis van Gaal who has transformed the team in a great way. The squad has a lot of world-class players like Robin Van Persie, Arjen Robben, Rafael van der Vaart, and Wesley Snider just to mention a few. Although the Netherlands has come so close to winning the World Cup in the past tournaments, they might turn around their fortunes this time and actually win it. Watch out for surprises as Van Gaal and his men take the greatest soccer nations head-on in next year’s World Cup.

Brazil is ranked 18th in the current FIFA rankings but that doesn’t mean they are a walkover. The Brazilian squad is made of old players like Julio Cesar, Dani Alves, Thiago Silva, Ronaldinho, and other young fantastically talented players like Lucas Moura. Leandro, Damiao, Ramires, Oscar, and Neymar the Barcelona superstar. Brazil is the only country to have won the World Cup five times and will be banking on the fact that they are the host nation to win the cup. Brazil is clearly one of the toughest teams to beat in the 2014World Cup. The Germans are known for their flawless football at it goes without saying that they have an excellent team full of some incredible players. The German squad is made of young players most of them being in their mid-20s and they are all experienced internationals. Lucas Podolski for instance has 106 caps at only 27. They have a strong defense and a lethal striking force as well capable of tearing into any defense. The Germans have never failed to reach the latter stages of the World Cup and they are yearning to take the cup home this time around.

Any football enthusiast will tell you that it’s enjoyable to watch Spain play. It will take a very special performance to outclass Spain and stop them from winning the World Cup in 2014. 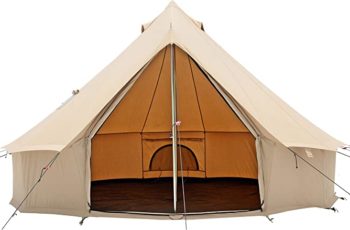