Home
TOP 10 BEST REVIEW
Top 10 Most Popular Korean KPOP Boy Groups In 2022
Products recommended in the post contain affiliate links. We may receive a commission when you buy something through our posts.

Korean Pop, commonly known as a KPOP is a popular brand of music that is native to South Korea. A blend between rock, dance-pop, metal, and electronic genres of music, KPOP is fast-paced. It is also heart thumping and liked for the audio-visual elements artists employ while recording videos or hosting concerts or tours. To satisfy the demand for this popular brand of music, many bands have sprung up over the years, each with its unique identity and style of music. While most bands are very popular and continue to produce timeless music that impresses people of all ages, the top 10 KPOP boy brand groups in 2022 are:

VIXX is a popular South KPOP all-boy band group that came together in 2012 after Mnet’s survival reality show, MyDol. Signed under Jellyfish Entertainment, this band comprises six members, all of whom are talented and have a vast following in Asia and beyond. VIXX released their first album, Super Hero, in May of 2012. The album not only did well, but also contributed to the fame, fortune, and huge fan backing that this group enjoys to date. As of April 2017, the group has produced three additional albums, Voodoo, Darkest Angels, and Hyde (EP) some of which have produced hit singles and won several accolades. Tong Vang Xien Qi, abbreviated as TVXQ is a two-member (Max Changmin and U-Know Yunho) South Korean boy’s KPOP group, known for their excellent stage presence when performing. Signed by S.M. Entertainment, Max and Yunho are talented singers. Their first album “O”- Jung.Ban.Hap was not only a best seller in 2006 but also won the Album of the Year Golden Disk Award the same year. They have since released two additional albums, Keep Your Head Down (2011) and Ocean (2014), and won approximately nine Mnet Asia music Awards and one Japan Record Award for Excellent Performance.

Since its creation in the year 2009 by Cube Entertainment, Beast has grown to become one of the most successful boys KPOP group brands. Also known as B2ST, this six-member (Yoon Doo-Joon, Yong Jun-Hyung, Jang Hyun-Seung, Yang Yo-Seob, Lee Gi-Kwang, and Son Dong-Woon) group has amazing talent, with two full albums and around seven mini-albums under their name. For their talent and invaluable contribution to Korea’s entertainment industry, Beast has won numerous prestigious awards, key among them being two consecutive Bunsang Awards (2011 and 2012) and the renowned Melon Music Award. A brainchild of Big Hit Entertainment, Bangtan Boys is a seven-member South Korean boy’s KPOP group that has been active since June 12, 2013. Even though new, the group has already released two hit albums (Dark and Wild and Wake Up) and won several accolades including a New Rising Star Golden Disk Award, a Disk Album Start Award, and an Album Division Golden Disk Award. Originating from the streets of Seoul, South Korea, the group enjoys nationwide audition, has hosted many concerts, and curtain-rose many red carpet events.

Formed in 2011 and managed by TS Entertainment, B.A.P is a renowned six-member boy’s band that resonates well with teen and young listeners. Even though the group has released two full-length albums, Warrior and First Sensibility, since its professional debut in 2012, it has enjoyed a greater audience within and outside South Korea than many established KPOP boy bands. Its Warrior album, for instance, did well in the Japanese market, inspiring them to release a full Japanese version to appease their international fans further. If you enjoy KPOP, this is one of the few boys’ bands to look out for in the future. 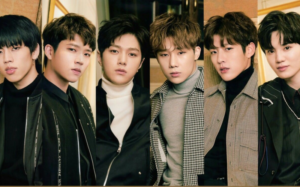 By far one of the best-known KPOP boys band in South Korea and beyond, Infinite is also one of the most established and largest KPOP bands, with a membership of seven singers. Started by Woolim Entertainment in early 2010, the group has produced one hit single after another, eventually reaching its pinnacle in 2013 with the release of its mini-album, The Challenge. Selling over 160,000 copies, The Challenge won the title of the best-selling KPOP album in 2013. It brought them a fortune and catapulted their popularity to another level. SHINee is a five-member (Onew, Taemin, Minho, Key, and Jonghyun) South Korean contemporary musical group formed in 2008 by S.M Entertainment. They have been active in the South Korean entertainment industry since May 25, 2008, released chart-topping singles, and four Korean musical albums (The Shinee World (2008), Lucifer (2010), Chapter 1. Dream Girl – The Misconceptions of You (2013), and Chapter 2. Why So Serious? – The Misconceptions of Me (2013)). They have also released three Japanese albums (The First (2011), Boys Meet u (2013), and i’m Your Boy (2014), hosted Asian, Japanese, and World tours, and won several awards for their timeless music. 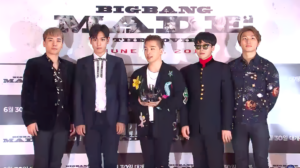 Marketed by three music labels (YG Entertainment (South Korea), Universal Music Japan, Avex (Japan), and Warner (Taiwan), Big Bang is an internationally acclaimed boy KPOP group that ranks among the best of all time. In 2017, it is the second most popular KPOP band with many of its singles playing on radio years after their official release. Big Bang consists of five talented members (G-Dragon, Taeyang, T.O.P, Seungri, and Daesung). It has been active since 2006.

According to recent statistics, EXO is currently the most popular boys’ KPOP band. A renowned band in many top 10 most popular Korean KPOP boy groups in 2017, EXO has produced some of the highest-grossing albums in Korea and hosted several sold-out concerts since its creation by S.M Entertainment in 2011. This Chinese-South Korean boy band has also won Mnet and Golden Disk Awards and millions of loyal fans all over the world.

Korea is a land of beautiful women, money, and some of the most talented entertainers in the larger Asian continent. In the music industry, it is also home to some of the most successful all-boy KPOP groups, many of which continue to captivate audiences locally and internationally. If you enjoy KPOP music and are planning to attend a concert with friends and or family members, the boy groups highlighted in this top 10 review are among the best in Korea in 2022. 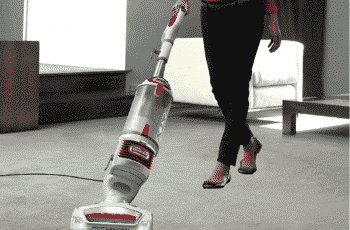